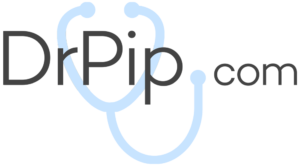 What to do When Your Toddler Won’t Nap

Naptime is important for toddlers–and their parents!

“Hey Dr Pip! My almost two year old has refused to nap the last 6 days in a row. She sleeps over 12 hours at night but all of a sudden is not interested in napping during the day. I’ve tried changing the time very slightly and wearing her out more than usual. I’ve even tried a sleep sack (she got out of it) as I know you’ve suggested in the past. She is in a twin bed and was napping fine in it. Her newborn brother will be taking the crib any day now so that’s not an option not to mention she easily climbs out of the crib even on the lowest setting. Help!”

I’m so sorry you are dealing with a toddler who won’t nap. This can be a very difficult situation to deal with!

Typically, children take naps until they are around 4 years old. Some go longer and some give it up earlier, but 3 to 4 years old is normal. However, there are a few things that can cause them to stop napping.

One thing I find that impacts napping is the influence of older siblings. When there’s an older sibling who no longer naps, the younger child tends to stop napping at an earlier age.

Here are a few other things that can affect their midday rest:

All of these things can have an impact on how well toddlers nap as they get older.

How to Get Your Toddler to Nap

The silver lining to children giving up their naps is they tend to go to bed earlier in the evening. They will get a solid 12 hours of sleep at night. But, if they nap, they often stay up later and may only sleep 10-11 hours a night.

All that said, as parents, we know that a good nap makes the afternoon much easier! Unfortunately, there’s no “magic trick” or silver bullet that will make children nap.

The only way to get your child to take a nap is to literally stand over her and tell her it’s “quiet time.” Don’t let her goof off or play around. And don’t engage in conversation or interact with her, as it will make it worse. Just stand over her until she falls asleep.

If you ever walk into daycare at nap time, you will be amazed. You’ll see classrooms full of children sleeping on their mats or cots. The kids know the rule: no talking during nap time. And even the ones who don’t nap at home will nap at school.

Stick to the Routine

Most toddlers are capable of napping. Daycare demonstrates that one of the best ways to ensure this is to be consistent. Children like structure, routine, and consistency.

Get some playtime in during the mornings. As you know, toddlers are full of energy! Then stick to your schedule as much as possible.

And if you just can’t get your child to nap, make sure to get all her energy out and put her to bed early. That way you get more downtime for yourself in the evening!

Sign up for my newsletter and I’ll send you my latest thoughts on the best practices and current events that affect our children.

Disclaimer: This is my personal website. The content and information on this site represent my opinions, and reading this content does not constitute a physician-patient relationship. Any advice given on this site is for general informational purposes only. Always consult with your physician for any questions, concerns, or conditions regarding your specific situation.

As an Amazon Associate I earn from qualifying purchases.